skip to main | skip to sidebar

If you lived on Carolyn Street ... 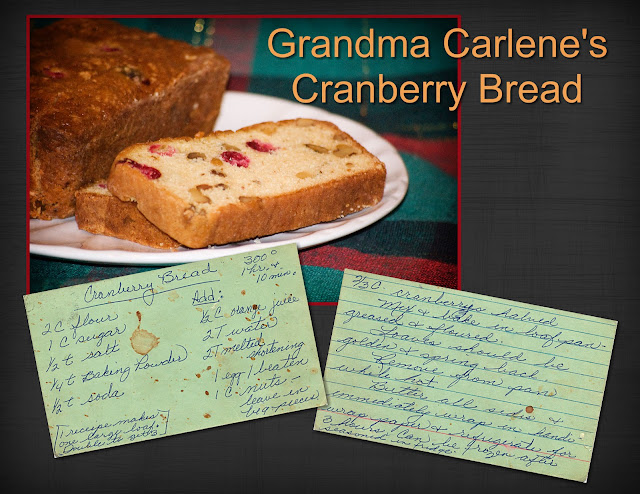 ... while my parents lived there, by now you would have a loaf of my mom's Cranberry Bread.  That's her handwritten recipe given to me more than twenty years ago.  Can you tell I've used it a few times?  :)  I have no idea where she got the recipe.  But every year, just before Thanksgiving, she would give me a bag of cranberries to slice in half while I watched Gilligan's Island (or whatever else was on).  The day after Thanksgiving she would send us out to deliver delicious loaves to all the neighbors.  This would be her Christmas gift, and she delighted in having it done early so she could enjoy the rest of the holiday season.  In recent years I have seen similar recipes in various publications and even some commercial mixes available, but none of them are as good as my mom's!  I usually make it as part of our Thanksgiving Feast, but it's great for Christmas get-togethers too!
Posted by mother hen at Tuesday, November 30, 2010 2 comments

... and to NEVER buy stuff on-line if you don't really know the company.  Click here and you'll be scared straight about this kind of stuff.
Posted by mother hen at Monday, November 29, 2010 0 comments 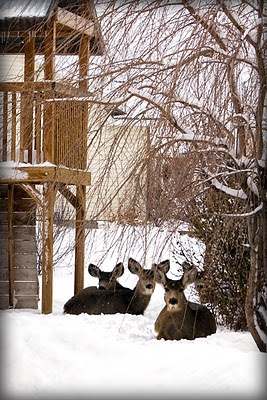 “Of all tyrannies, a tyranny sincerely exercised for the good of its victims may be the most oppressive. It would be better to live under robber barons than under omnipotent moral busybodies. The robber baron’s cruelty may sometimes sleep, his cupidity may at some point be satiated; but those who torment us for our own good will torment us without end for they do so with the approval of their own conscience.” — C.S. Lewis.
Posted by mother hen at Sunday, November 28, 2010 2 comments

Wondering what to do with all the Thanksgiving Leftovers? 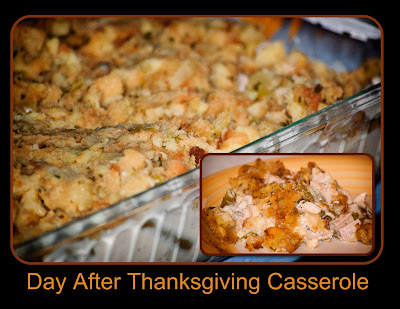 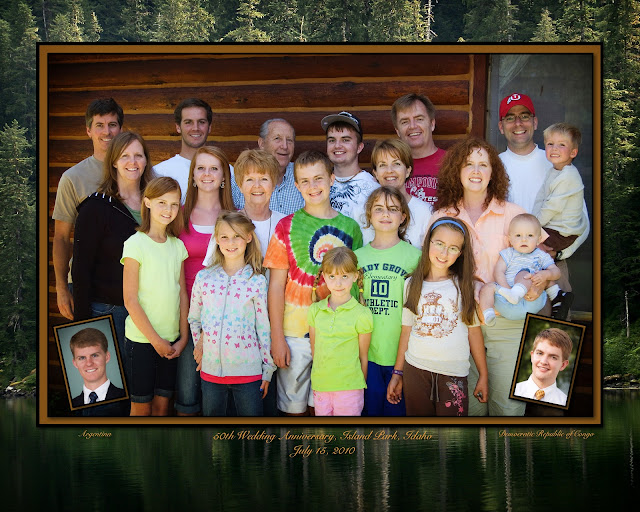 I'm thankful that I'm part of this picture.  Hope you are all surrounded by the ones you love.  Happy Thanksgiving!
Posted by mother hen at Thursday, November 25, 2010 2 comments

I'm thankful for Parkour.  I think it's beautiful.  And I'm thankful for all those people out there making fun little videos showing their mad skills.  A favorite of mine is called My Morning Run.  When I'm resurrected, it's one of the things I fully intend to do.  :)  And now, there is what I can only describe as bike Parkour. Watch it here. It is remarkable.
Posted by mother hen at Tuesday, November 23, 2010 0 comments 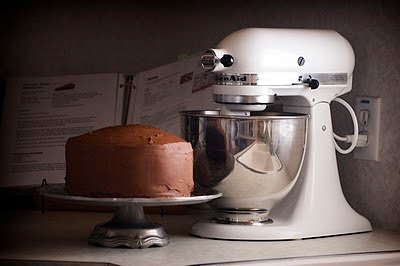 I'm thankful for a very generous mom who called me up to tell me we were going to go get one of these!  I've already used it to make Jeff's cake.  Oh, can it whip this frosting into creamy goodness!  And then we used it to make whipped cream for Mat's delectable crepes.  Holy cow!  It was so fast we almost made butter!  We turned it off in the nick of time!  So thanks Mom!  I hope I grow up to be just like you! :)


P.S.  Did you notice I've learned the hot spatula trick for making the frosting nice and smooth?  It works pretty slick.  No, my technique's not perfect, but, hey, this cake was made for someone a continent away.  He never noticed.  :)
Posted by mother hen at Monday, November 22, 2010 2 comments 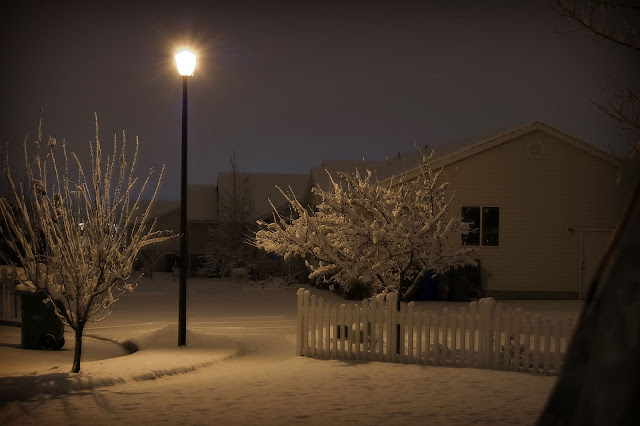 Yea, will ye persist in supposing that ye are better one than another; ...


Yea, and will you persist in turning your backs upon the poor, and the needy, and in withholding your substance from them? 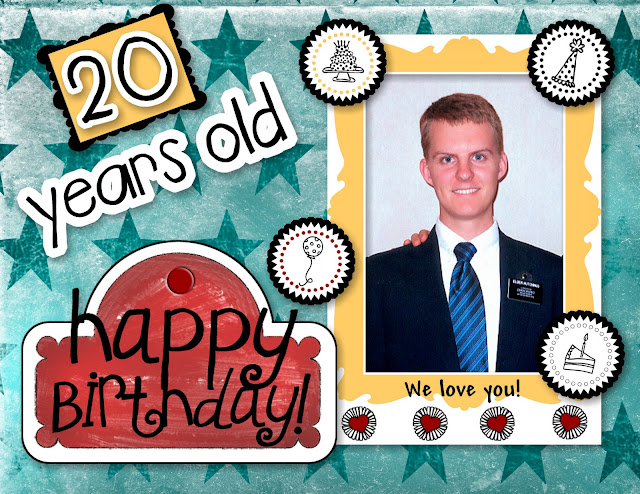 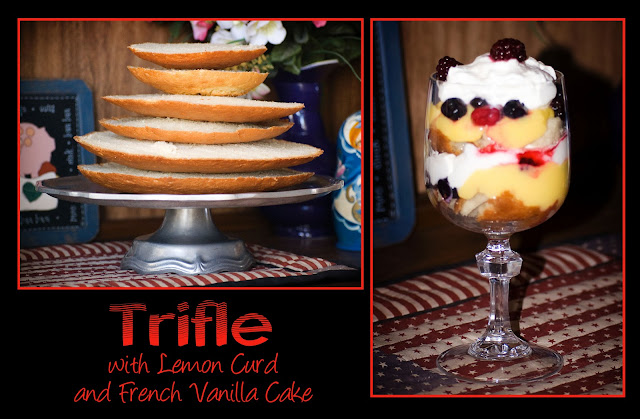 I'm thankful for even more leftovers!  Look at all the cake that was leftover from leveling the YW Wedding Cake!  What to do?  What to do?  Oh, ho, ho, ho, ho.  I know what to do.  Make trifle!  No, not traditional English Trifle.  To me, trifle is leftover cake, fruity stuff, creamy stuff, all layered together.  You could have all sorts of flavors:  chocolate cake, cherry pie filling, whipped cream; white cake, raspberries, custard, whipped cream; chocolate cake, strawberries, chocolate pudding, whipped cream.  What did we do?  To find out, just click here!
Posted by mother hen at Wednesday, November 17, 2010 0 comments 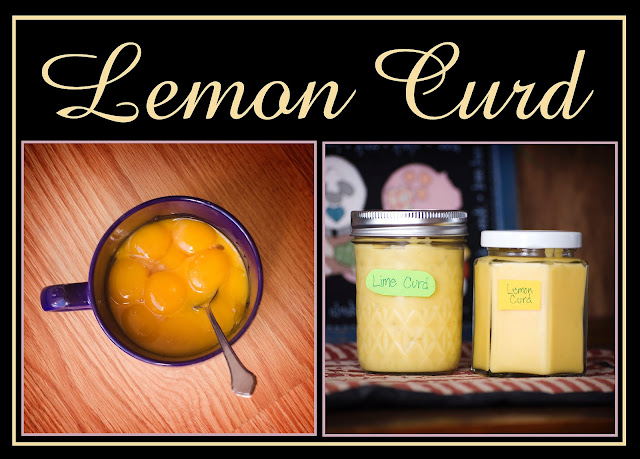 I'm thankful for leftovers!  Especially leftovers that make you try new things.  Do you see the giant bowl of egg yolks there?  They were leftover from the Swiss Buttercream Frosting used to make the YW Wedding Cake.  I just couldn't bring myself to throw them out!  I considered Hollandaise Sauce, but kept looking and found Lemon Curd.  I had heard it's praises before, but had no idea how really good it was!  Holy cow.  Holy cow.  Holy cow.  Tomorrow I'll show you what we did with this delectable delight!  :)
Posted by mother hen at Tuesday, November 16, 2010 2 comments 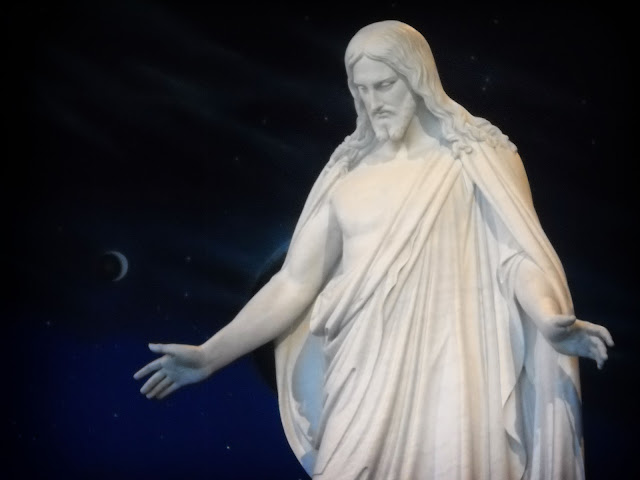 I'm thankful for people who are defenders of The Faith--especially people who are in the spotlight.  Hugh Hewitt is a radio talk show host, lawyer, academic, author, evangelical Christian, husband of "The Fetching Mrs. Hewitt", and friend of the late Neal A. Maxwell.  Richard Dawkins is a British ethologist and evolutionary biologist, a fellow of New College, Oxford, and well-known atheist.  The entire interview is fascinating and a worthwhile read.
Hugh Hewitt interviews atheist Richard Dawkins

And after a spirited debate (more like being questioned on the witness stand--poor Mr. Dawkins):

HH: Did you ever believe in God, Richard Dawkins?
RD: Of course, I was a child.
HH: And when did you put off your foolish belief in God?
RD: When did I put away childish things?
HH: Yes.
RD: At the age of about fifteen.
HH: And under who’s influence was it?
RD: I suppose it was the influence, not of Darwin directly, but of the education in evolution that I was receiving.
HH: And did you just up and one day declare that’s it, no God?
RD: No, it was a more gradual process than that, as it was with Darwin himself. I mean, he gradually lost his faith.
HH: Well, I hope you’ll come back. I hope I’ve demonstrated…I take your books very seriously, I read them and enjoy them quite a lot, and I would, I’d love to continue the conversation another time. Will you be game, Professor?
RD: So would I, yes.

And in the end, an invitation to come back.  Thank you, Mr. Hewitt.  Such an excellent defender and optimistic follower of The Faith!
Posted by mother hen at Monday, November 15, 2010 0 comments 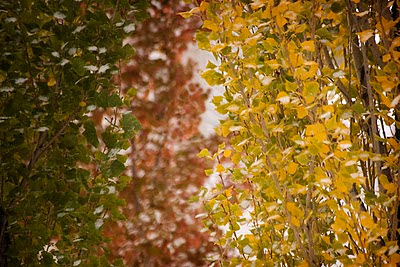 From Benjamin Franklin's Poor Richard's Almanack:
He that can compose himself, is wiser than he that composes books.
After crosses and losses, men grow humbler and wiser.
Eat few Suppers, and you'll need few Medicines.
If Passion drives, let Reason hold the Reins.
You will be careful, if you are wise, how you touch men's Religion, or Credit, or Eyes.
To err is human, to repent divine; to persist devilish.
Fish and Visitors stink after three days.
Posted by mother hen at Sunday, November 14, 2010 0 comments 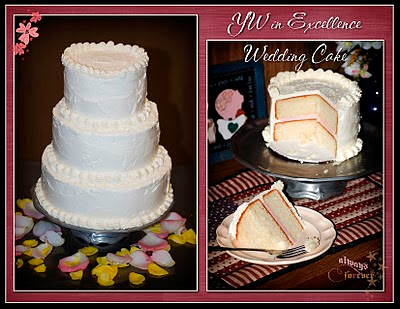 I'm thankful that I belong to a church that offers so many opportunities to try new things.  For instance, the Young Women's Presidency wanted a wedding cake for their Young Women in Excellence program.  I told them if no one volunteered, I had always wanted to try.  Well, no one volunteered, so... I tried!  It definitely wasn't professional.  But it was very tasty and structurally sound.  That was pretty much my goal.  I'm going to try to find time to write up some notes about the things I learned and I'll post them later, but I thought I'd show you how it all turned out!  Remember, you can click on the picture to get a better view.
I'm also thankful for generous friends (that's you Julie!) who will loan out their kitchen appliances at the drop of a hat.  Because one of the things I learned was that if you don't have one of these, you have no business trying to make enough Swiss Buttercream Frosting for a wedding cake!  :)
Posted by mother hen at Friday, November 12, 2010 0 comments 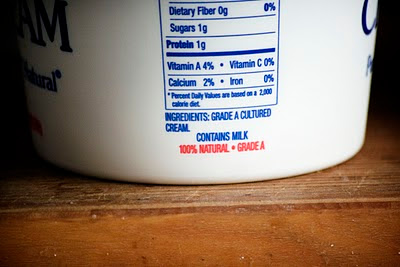 I'm thankful for Daisy Sour Cream.  Why?  Look at that ingredient list!  Grade A Cultured Cream!  Okay, it also contains milk.  But have you looked at the ingredient list on all the other sour creams?  They look something like this:
cultured cream
grade A whey
modified food starch
sodium phosphate
sodium citrate
guar gum
carageenan
calcium sulface
potassium sorbate (preservative)
locust bean gum
Aaaaaaaaaaaaaaaaaa!  I should have put that as a Halloween post.  :)  And in a taste test, there would be no comparison!  Anyway, I use Daisy Sour Cream to make Cheesecake, Chicken Curry in a Hurry, this wonderful Cheese Ball, and hefty dollops find themselves on all sorts of other things.  So the next time you need to use sour cream, check the label.  If it doesn't look like this one, keep looking!
Posted by mother hen at Tuesday, November 09, 2010 3 comments 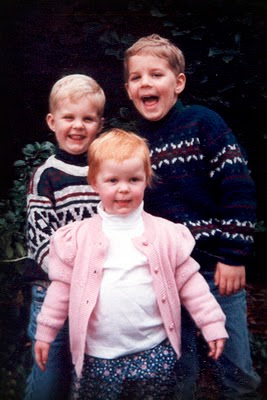 I'm thankful for laughter.  In 1994, when I was trying to get a nice picture of the kiddies, laughter was in abundance!  A couple of things made me laugh today.  Here's one.  Here's another.  :)
Posted by mother hen at Monday, November 08, 2010 0 comments 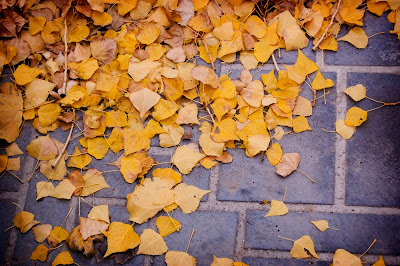 O then, my beloved brethren, come unto the Lord, the Holy One. Remember that his paths are righteous. Behold, the way for man is narrow, but it lieth in a straight course before him,

and the keeper of the gate is the Holy One of Israel;

and he employeth no servant there;

and there is none other way save it be by the gate; for he cannot be deceived, for the Lord God is his name.

Can you tell she's jumping?

Or does she just look like she's kneeling on a pile of leaves? I promise.  She's jumping.  Look at her hair--you can tell.  :)  If you want details about how it was made, click here.
Posted by mother hen at Friday, November 05, 2010 0 comments

My daughter wants to take a class on nutrition ... 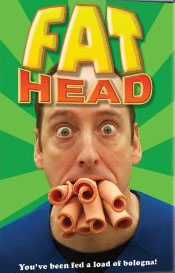 ... so I feel obligated to show her this.  63 minutes of time I'd like her to invest--feeling free to read the comments that challenge this man's position.  Not that I want to get on a soapbox.  But so that she understands that politics infiltrates everything.  And even in college classes, she must, as they say, question with boldness.
Posted by mother hen at Thursday, November 04, 2010 0 comments 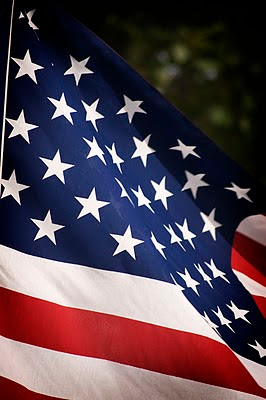 ... and if you need some inspiration click here!
Posted by mother hen at Tuesday, November 02, 2010 0 comments

mother hen
Welcome to my blog! The name comes from the way I would say goodbye to my kids as they would leave the house to go to school/dates/trips/whatever. What's my intent here? --my mission statement? Hmmmm. To pass on information those same kids might find of value as they fly from the nest. Let's see what happens! :)